Trade-in deals have become the norm in the mobile industry, but what if your old phone is too old to get a good price or you don’t want to part with it? Samsung US is running a new promotion on its foldable devices that offers discounts even without a trade-in.

Samsung’s US deals on the Galaxy Z Fold4 and Z Flip4 include discounts if you get a tablet, watch or buds 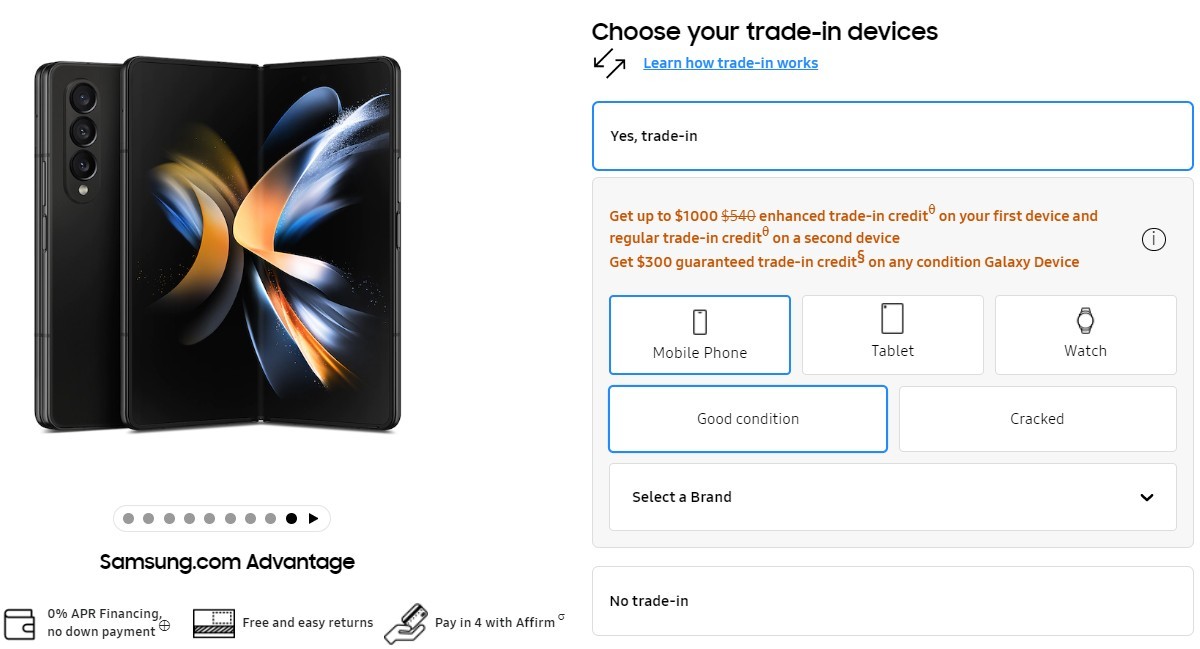 By the way, if you have some old devices you no longer need, you can take advantage of the improved trade-in. Samsung will give you up to $1,000 in credit toward your first device—a goal made easier to achieve with the guaranteed $300 credit for a Galaxy device in any condition. Even an old Galaxy Note10 (non-Plus) will fetch $550 if it’s in good condition (and $375 if it’s not). With improved trade-in, you can also send another device. Also, the $120/$350 discounts still apply. 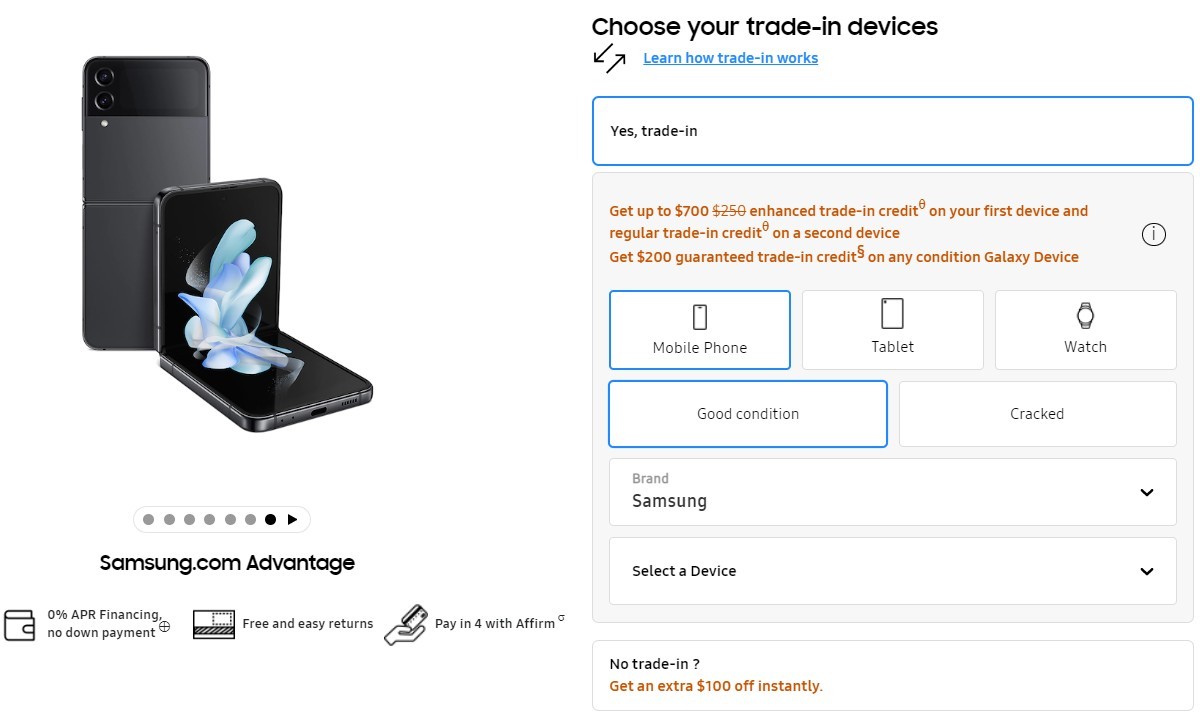 And you can also go the trade-in route with up to $700 in enhanced trade-in for the first device with a guaranteed $200 credit on the first Galaxy device you send in (regardless of condition). This means that if you have a working Galaxy S7, Samsung will give you $200 for it, even if the screen is cracked (that’s a lot more than you’ll get for it on eBay – S7 phones in okay condition are under $100). The same Galaxy S7 will be worth $300 if you get the Z Fold4 instead (due to the higher guaranteed credit).

Note that these prices are for unlocked phones, which are separate offers from T-Mobile and AT&T.

The new iOS 16 – iOS 16 update .. The list of iPhone phones eligible for the update with various important fixes