Samsung announced its own take on Android 13 with One UI 5 at its annual Samsung Developer Conference, and we’re now getting all the details on the latest features coming to Samsung phones in the coming weeks. Samsung confirmed that One UI 5 will be available as a stable build for users in the coming weeks for Galaxy flagships such as the S22 series, Z Flip4 and Z Fold4.

It starts with the redesigned lock screen, which now lets you customize your wallpaper, watch face, and color palettes. Another neat addition is the video background option, which lets you place a short video on your lock screen.

Options for one UI 5 lock screen

Samsung is also bringing new smart suggestions for widgets and apps that offer suggestions based on your usage patterns. One UI 5 routines have new recognition capabilities that help launch automations. Modes is the new feature that lets you program custom settings and app functions for different parts of your day – like when you’re going to sleep or during exercise.

Bixby Text Call is Samsung’s answer to Google Screen Call, and it lets you receive calls via text for those times when you don’t feel like talking. 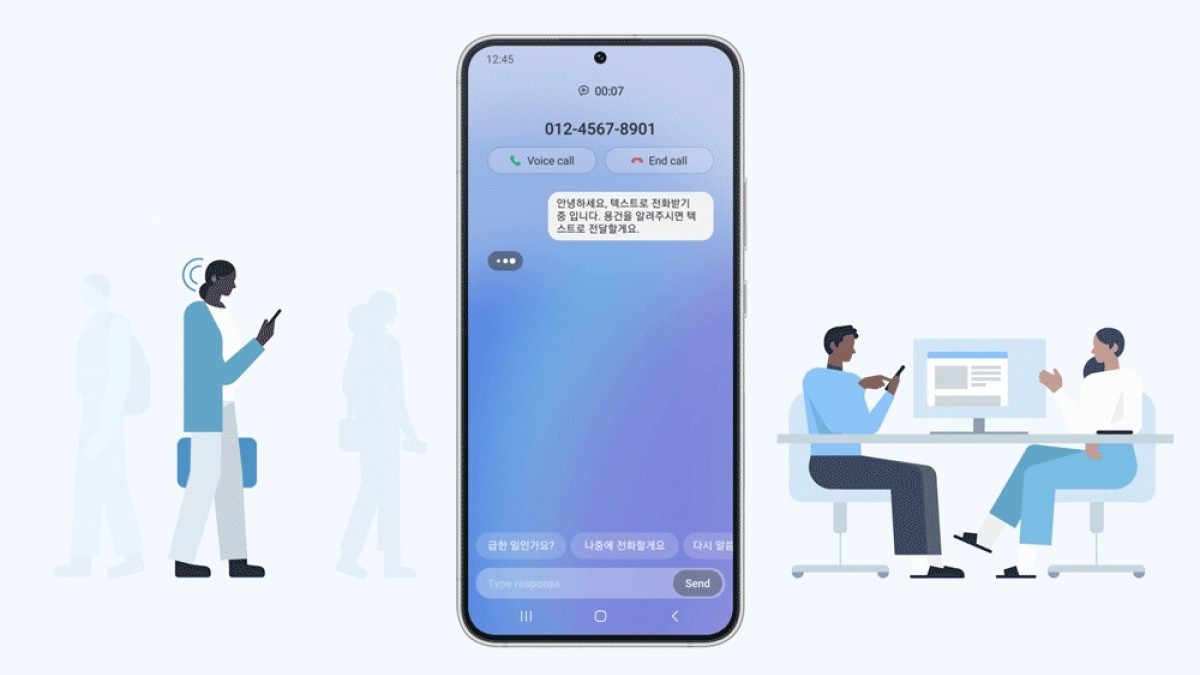 When you answer a call with Bixby Text Call, the person on the other end of the line will be notified and you can then type what you want Bixby to say while also transcribing what the other person is saying in real time. Bixby Text Call is already available to users in South Korea, while the English version is planned for early 2023.

Samsung Gallery now lets you extract text from images on your photos.

There’s also a new Connected devices menu and privacy hub with security and privacy dashboards. Samsung also added a new notification in the sharing panel that warns you when you try to share photos with sensitive information like your passport or bank card.

One UI 5 update .. List of Samsung A-class phones eligible for the update