The line between smartwatches and smartbands is as thin as ever in 2022. It usually boils down to the ability to run third-party apps, make and receive calls, and have cellular data. The Xiaomi Smart Band 7 Pro is a smart band disguised as a smartwatch, and it aims to further blur the gap between the band and watch form factors.

It is sold for €100/£120 which is more than double the current price of the regular Xiaomi Band 7. You get a wider screen, built-in dual-band GPS, a battery rated for 12 days of mixed use and a few other extras. Is the price justified and are the extra features worth paying for, or should you just go ahead and get a non-Pro Smart Band 7? Let’s investigate.

Our review unit comes in the Ivory color, which gives off an off-white hue. It looks nice when brand new, but picks up lots of dirt after a few days of use, especially on the underside of the case. The body is made entirely of plastic, while the top half boasts a shiny metal lip around the screen that adds style. A welcome addition to the Pro model is the wider watchband, which also has a buckle mechanism for a more secure fit, while the regular Band 7 has a hook clasp, which is harder to secure and loosens over time. 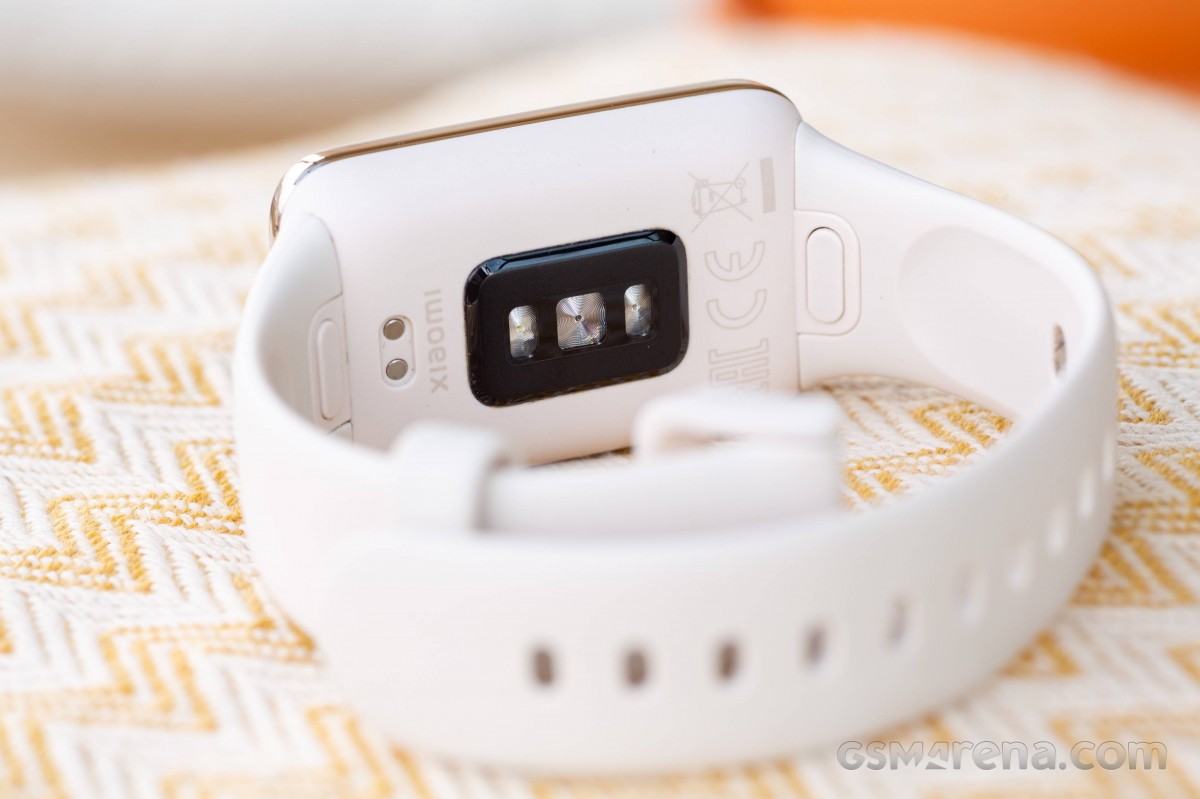 The Band 7 Pro weighs 20.5 grams, which is exactly 7 grams more than the Smart Band 7, but it’s still super light and we found it comfortable to wear all day. You’ll forget it’s on your wrist after a few minutes, although the larger body tends to stick out more when wearing long-sleeved shirts compared to the Smart Band 7. While the casing of the Band 7 Pro is larger, Xiaomi didn’t decide adding any physical buttons which we feel is a missed opportunity.

There is a larger 1.64-inch AMOLED screen on the Band 7 Pro with a resolution of 280 x 456 pixels, 500 nits maximum brightness and 2.5D curved glass. The 326ppi screen is very sharp and has 40% more horizontal screen compared to the Band 7. The wider screen is especially useful on watch faces, as you can have complications for almost any notable device and health measurement, and you’ll also find it easier to -read notifications. 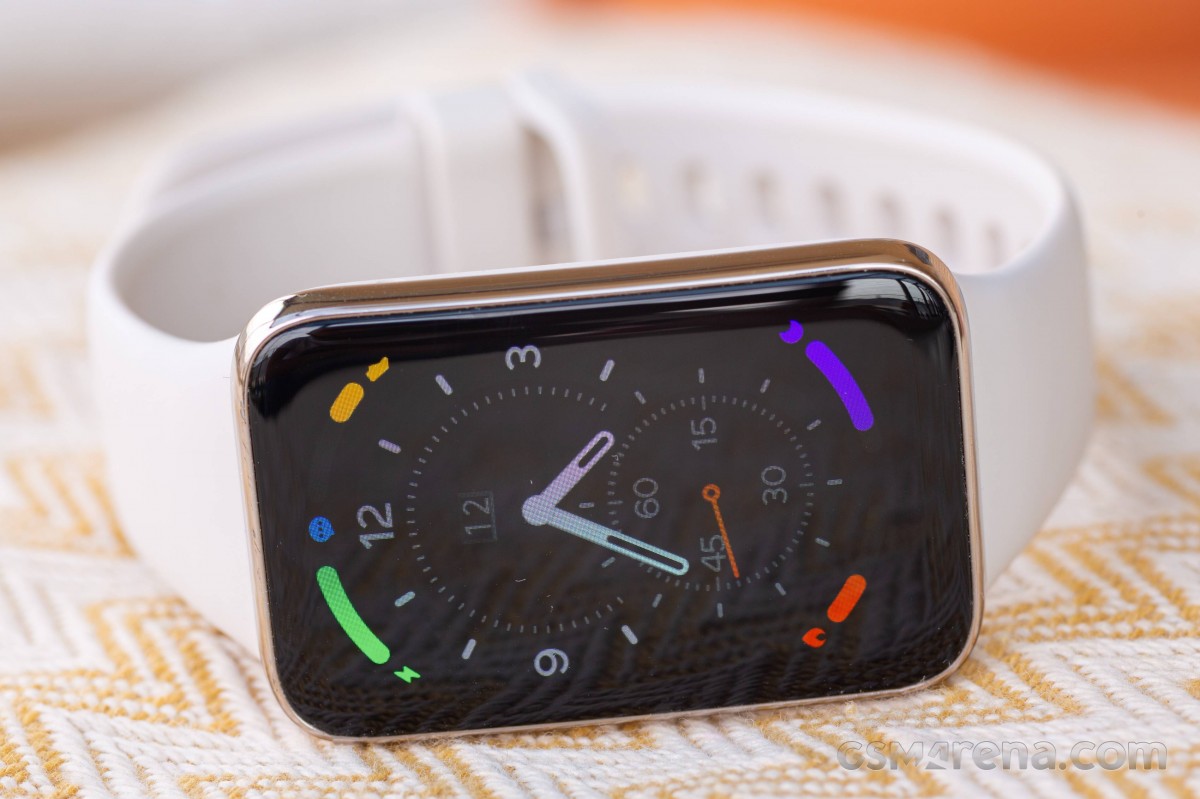 The Band 7 Pro also brings automatic brightness control, something you won’t find on the Band 7. The Always On Display (AOD) mode shows the time and date even when the screen is off at the expense of battery life.

The Band 7 Pro is 5ATM waterproof, meaning swimming sessions in the pool are a breeze. The watch strap is made of silicone and has a proprietary buckle mechanism. Xiaomi also offers several premium vegan leather options. There is no official IP rating for water or dust. The retail box houses the Band 7 Pro and a proprietary two-prong magnetic charger that terminates in a USB-A cable.

Xiaomi packed all the health and fitness tracking features from the Band 7 onto the Band 7 Pro, including 24/7 heart rate monitoring as well as continuous SpO2 tracking, sleep and stress monitoring. The new bit on the Band 7 Pro is the added dual-band GNSS sensor with support for GPS, QZSS, BeiDou, Galileo and GLONASS positioning, which lets you track runs without having to use your paired phone. 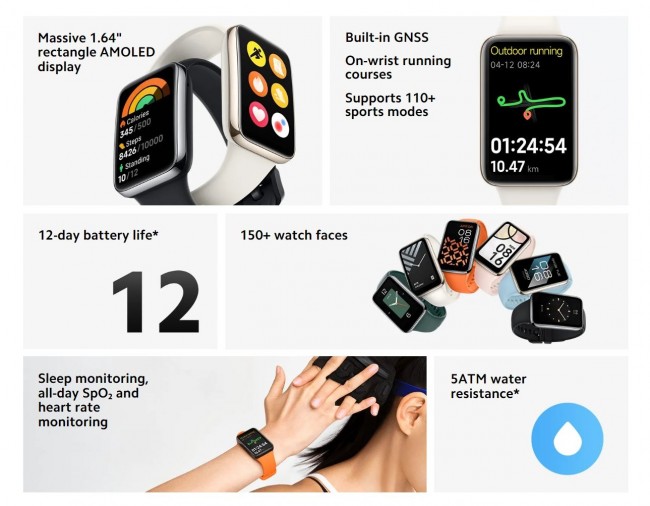 You get access to sports tracking for over 110 activities, including guided running courses on the device that combine walking and jogging in intervals with instructions on the band. Unfortunately, there are no recovery time recommendations or guided training for non-running sports. The Mi Fitness app can store up to a month of health and exercise data, which you can export to share with friends or keep track of your progress.

Xiaomi’s Mi Fitness is your go-to stop for pairing and managing settings, watch faces and everything else on your paired Android or iOS smartphone. The app has a nice layout divided into four dashboards – health, training, device and profile, which let you switch between settings and other functions on the band. 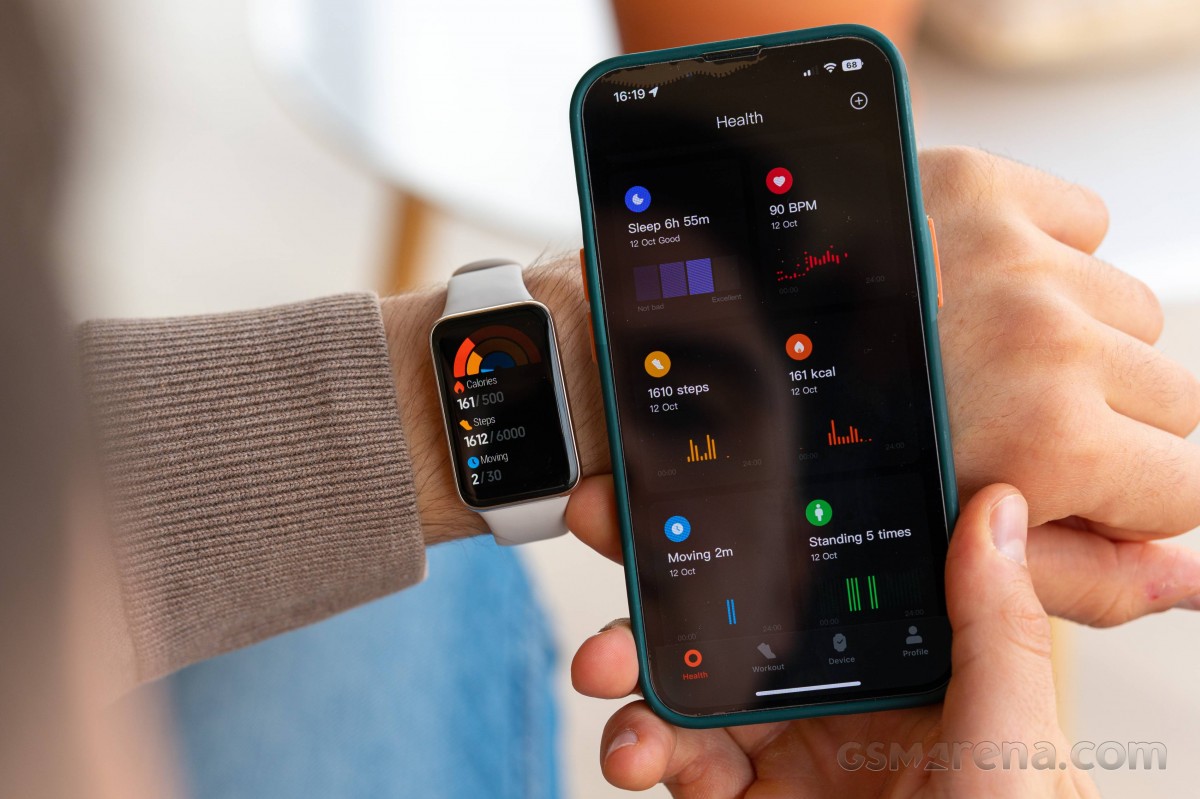 There is no NFC on our international device, while Chinese devices support the contactless system for payments and transit cards. You also can’t take calls here, which is another notable omission and something the competition offers at this price point. There’s a built-in microphone that you can only use to talk to Amazon Alexa, though you’ll need to set up the app on your phone and link to the Band 7 Pro first. When you’re done, you can ask Alexa to set your alarms, control home appliances, and show you the weather forecast. 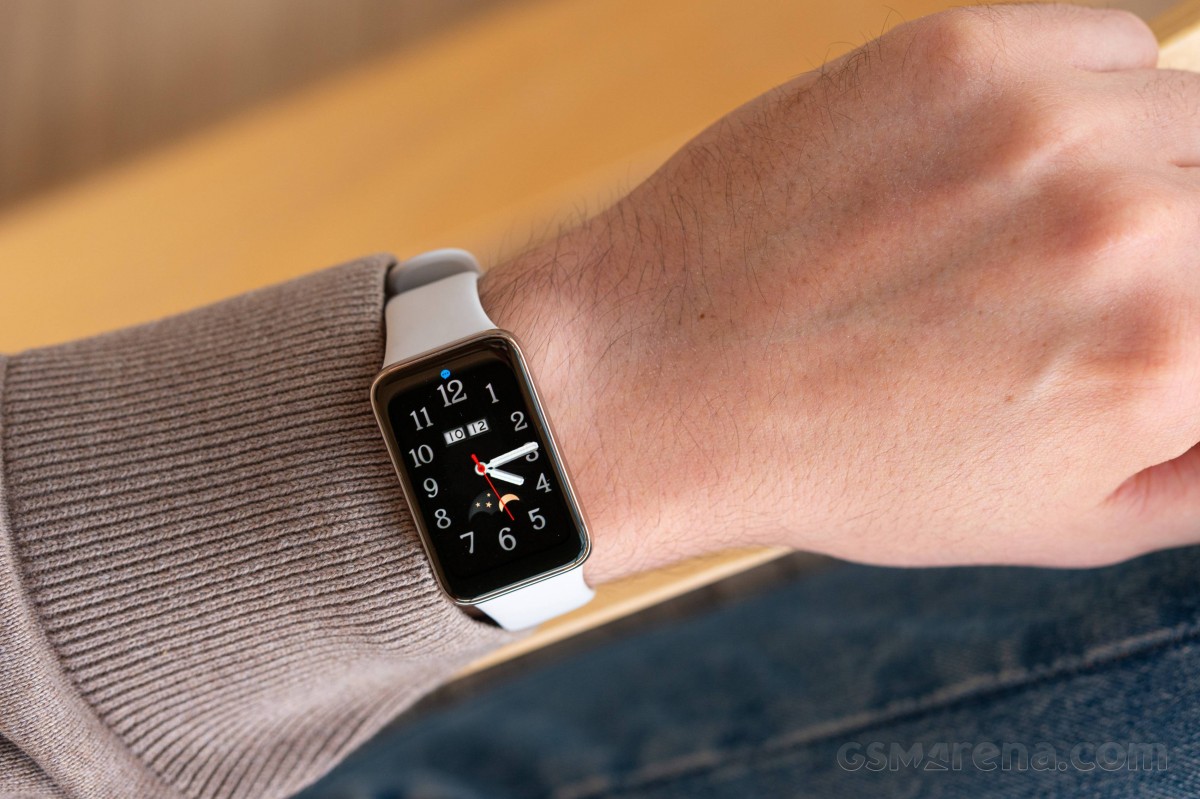 The vibration motor here is strong in its default mode and can be programmed to an even stronger buzz setting from the menus. The various features include an alarm, timer, weather widget, music control and Amazon Alexa, as well as a camera trigger for your paired phone.

Navigating the interface on the Band 7 Pro is entirely via taps and swipes, although I was initially looking for a physical button, as most smartwatches I’ve tested in the past with this form factor usually have at least one button for control. There is a quick setting to the left of the lock screen, notifications above it and up to eleven widgets on the right side. Swiping up reveals the full app list, which can be organized in icon mode with two rows of app icons next to each other or list mode that has larger icons. 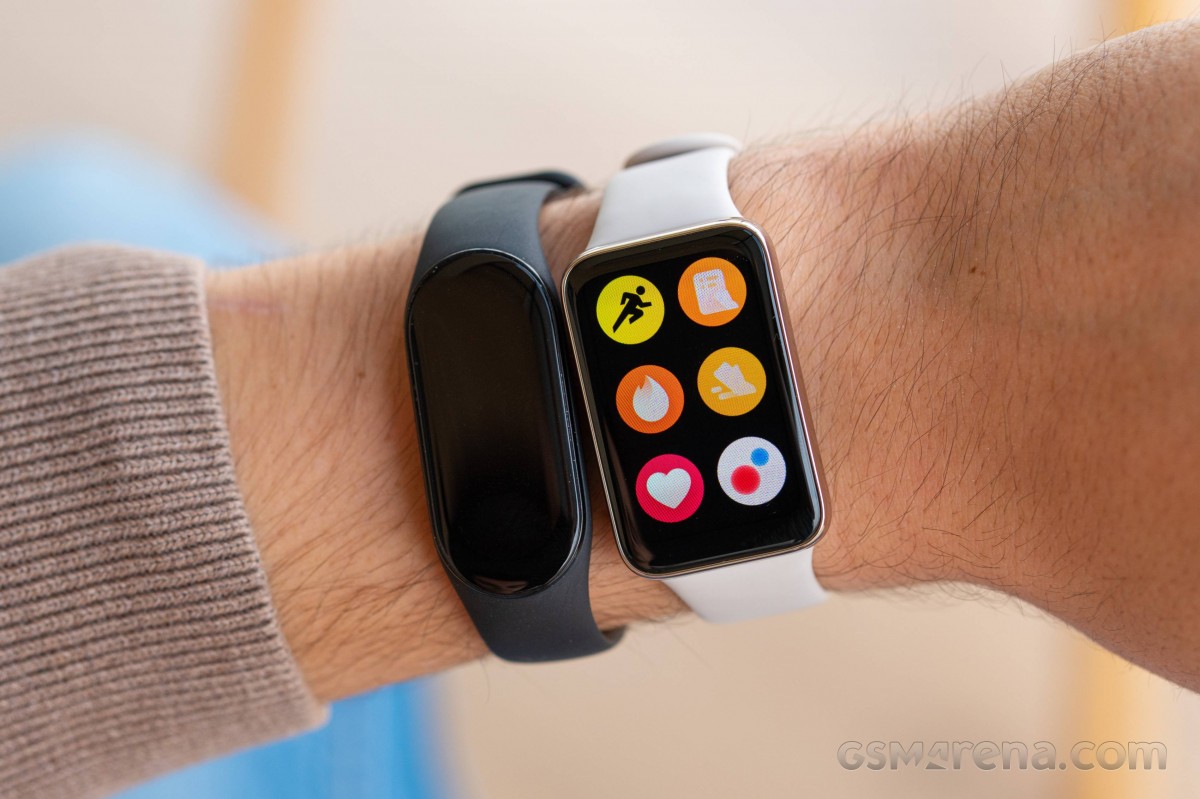 Swiping through notifications lags at times, especially if you have multiple messages. Band 7 Pro stores up to ten notifications before you have to clear the queue. Notification handling on the band was mostly inconsistent. If my phone was unlocked and close to the band I would be alerted immediately, but when my phone was locked it would take a few minutes to get the message on the band.

I have to open the Mi Fitness app on my phone and manually sync the band on several occasions. You can’t reply directly to notifications from the band, nor do you get emoji previews, both of which are features offered on other similar bands and watches.

The GPS connection on the Band 7 Pro is solid and like other smart bands and watches, it takes a quick 5-10 second period for the receiver to find your location outdoors. Once your location is locked, you get reliable coverage that works well even in parks with lots of trees around. It’s nice to have built-in GPS on your wrist, although the tracks recorded by the Band 7 Pro still aren’t as accurate as on any newer smartphone or higher-end smartwatches. The Band 7 Pro routinely showed my location on the opposite side of the street from where I was walking/running. 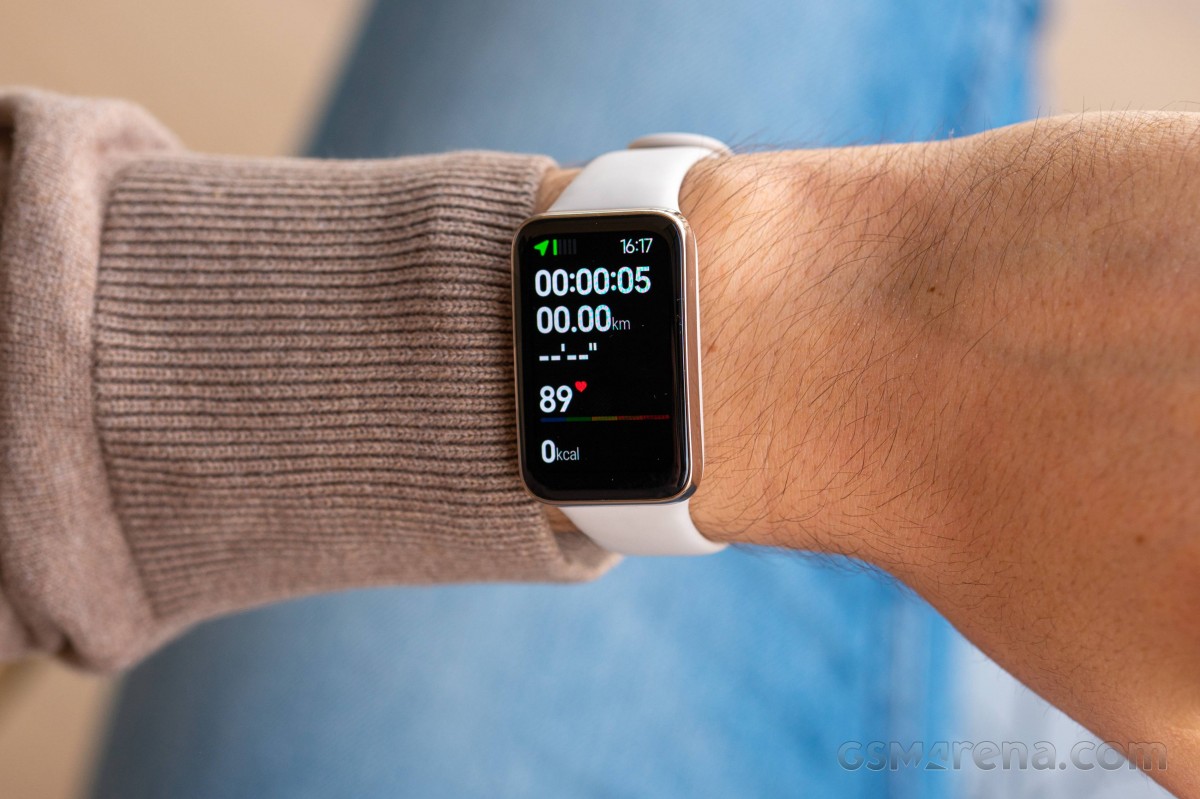 Running, cycling and swimming tracking get bonus metrics like active calories burned, cadence, stride length and average heart rate. Swim tracking gets average SWOLF and average strokes for a round of pool.

Heart rate and SpO2 readings are on par with other fitness trackers from the past year, meaning they show an accurate representation for health tracking, but are in no way medical in nature. The band only takes a few seconds to collect this type of data, which is better than some competitors that require you to wait up to a minute or will require multiple readings. 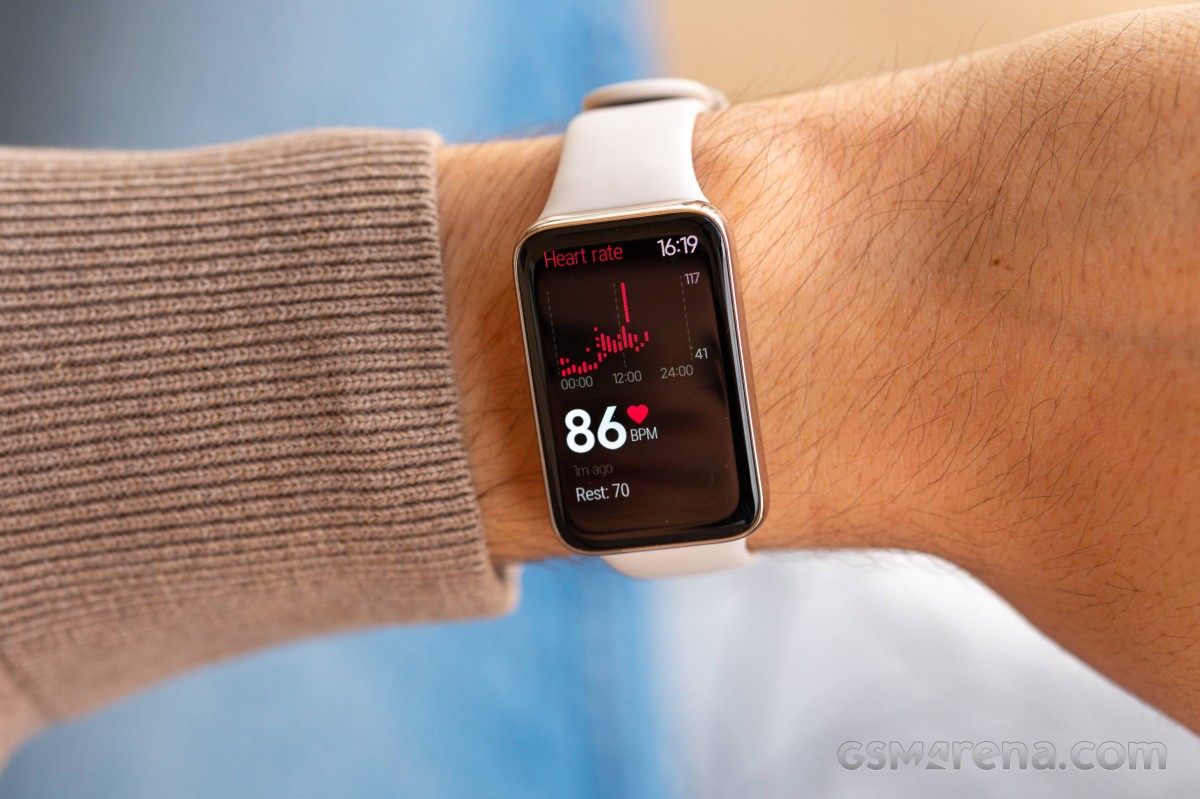 Sleep tracking showed accurate sleep and wake times and also presents average beats per minute (BPM), average SpO2 readings and rapid eye movement (REM) readings for each sleep session. You can read your metrics directly on the watch, which is a nice bonus.

One odd thing to note is the slow firmware update process. As soon as I set up my Band 7 Pro with the Mi Health app, I got an update. Xiaomi said the update may take a while, but in my case it took over an hour to download and install the firmware, which is something I’ve never had on any other laptop to date.

Xiaomi claims that the 235 mAh battery on the Band 7 Pro can last up to 12 days of typical use on a single charge. I managed 7 days of use during my two-week test period, which included all features except always-on display enabled with at least three one-hour workouts per week. GPS and health tracking alone burn between 10-12% per hour of use. 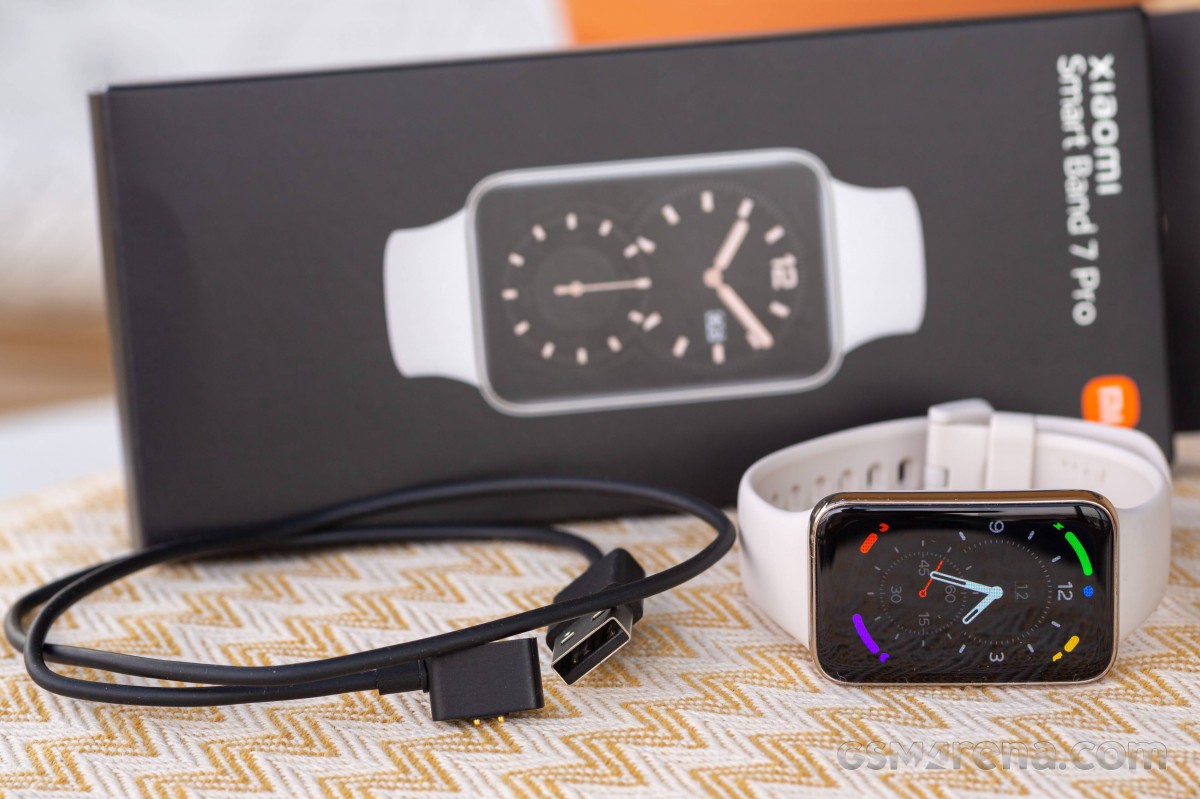 Lighter use should reach the claimed 12-day values, although you would sacrifice most of the features offered by the Band 7 Pro. Still, the regular Band 7 and its predecessors routinely offer over a week of use between charges, so if you want to charge less, stick with one of these models. A full charge of the Band 7 Pro with the included proprietary 2-pin charger takes just under 60 minutes.

The Xiaomi Smart Band 7 Pro is a great fitness tracker with a large screen and all the features you’d find on the smaller Smart Band 7, along with some notable improvements like a built-in GNSS receiver. You get round-the-clock pulse measurement, continuous SpO2 tracking, stress and sleep monitoring and sports tracking for over 110 activities. Heath tracking is fast and offers reliable data as long as you’re not using it for medical analysis, while fitness tracking is on par with other wearables we’ve seen over the past year. 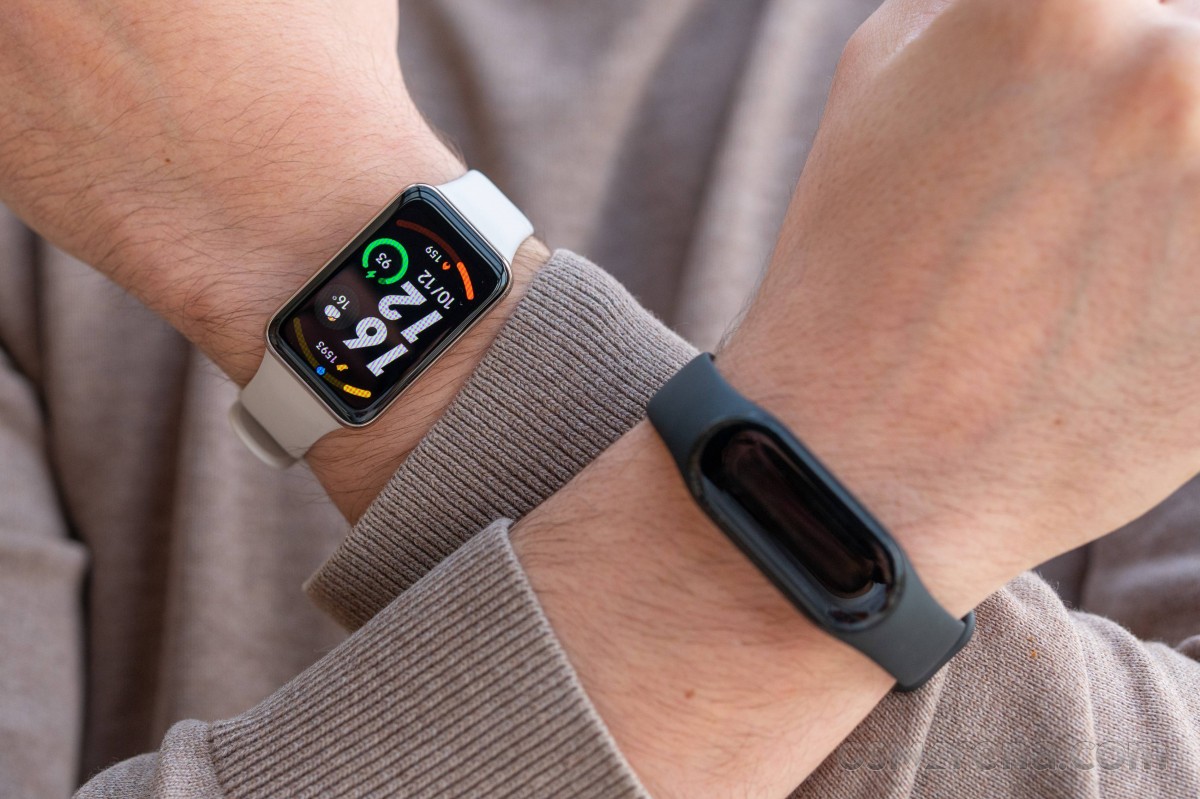 The wider and slightly sharper AMOLED screen here is excellent and is easier on the eyes when reading notifications and navigating around the OS compared to previous entries in Xiaomi’s smartband range.

The Band 7 Pro looks and feels great on your wrist. You can easily mistake it for a more premium smartwatch, and the lightweight construction materials and fine watch strap make it easy to wear for several days. A physical button or crown element would have been a nice addition to navigate the UI when you don’t feel like tapping the screen. The built-in dual-band GNSS tracking is a nice feature to have built in, and it gets the job done, albeit less accurately than the receiver on most smartphones. 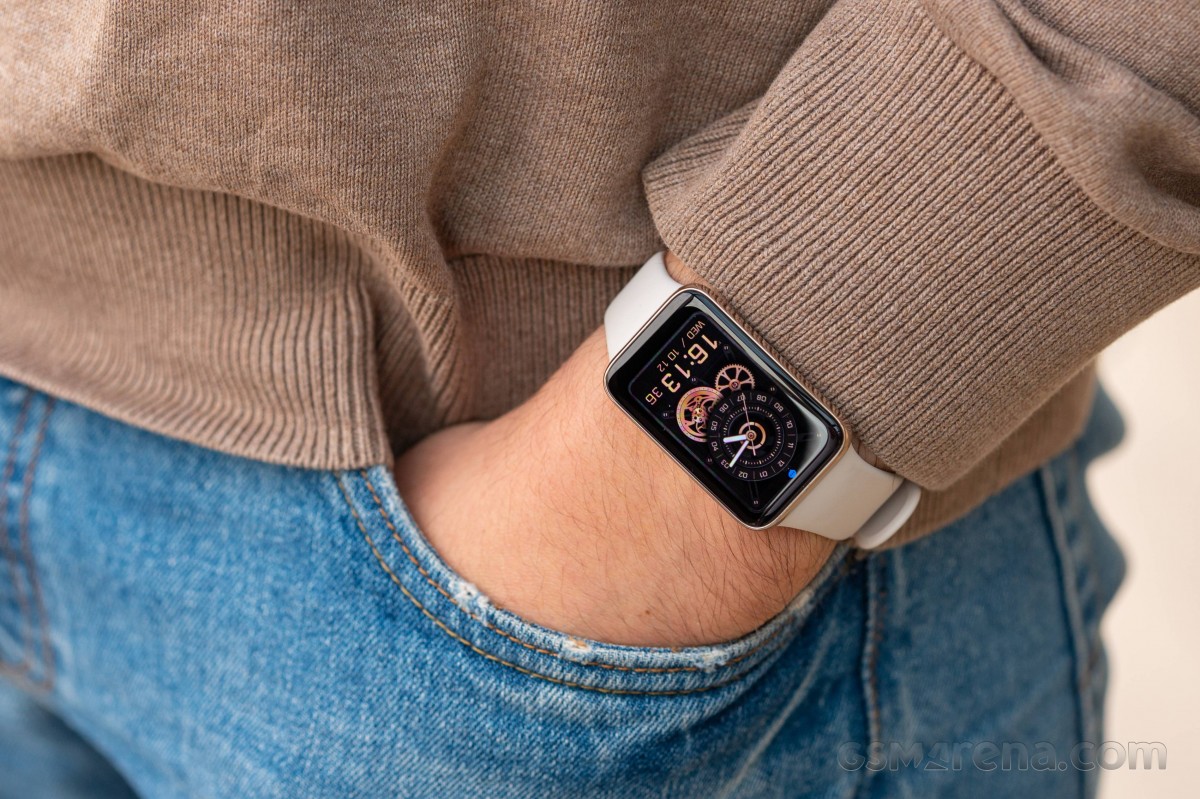 However, we feel that the Band 7 Pro is priced too high in its current state, and most users will be better off with the regular Xiaomi Band 7 or a smartwatch in the €100 range. We can safely expect prices to drop in the coming months, which would make the Band 7 Pro an easy recommendation.

Weekly poll: the Xiaomi 12T and 12T Pro are selling high megapixel counts, are you buying?

MIUI 14 interface: an application that brings together all the phones of Redmi, Xiaomi and Poco that are eligible for the update