With the arrival of the Ultra member, Samsung’s Galaxy S mainstream flagship series has received a two-way design split. But next year that will change, as evidenced by a growing pile of leaks. The latest comes from well-known tipster Ice Universe, who posted photos of protective covers, revealing that the Galaxy S23, Galaxy S23+ and Galaxy S23 Ultra will get the waterdrop camera setups introduced with the Galaxy S22 Ultra.

The Samsung Galaxy S23 and Galaxy S23+ (misnamed Pro) will have three cameras lined up vertically, with the LED flash right next to the top shooter. Galaxy S23 Ultra again comes with five circles – four cameras and PDAF + laser AF sensors. It also comes with sharper corners because the Ultra series got the footprint of the Note series along with the S Pen. 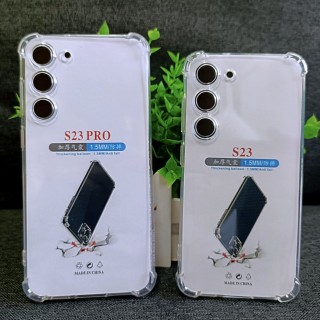 Case makers often receive dimensions of upcoming phones from manufacturers before the devices themselves launch, and if the case is anything like this, we’re looking at the real deal.

There are at least three months until Samsung announces the Galaxy S23 smartphones, but rumors are already starting to paint an increasingly clear picture of evolutionary upgrades.