Samsung’s One UI 5 beta program is in full swing – Galaxy S22, S22+ and S22 Ultra devices in China are receiving the fifth beta, which may also turn out to be the last before the stable release.

This beta also removed Bixby Text Call, a new feature in One UI 5 that turns a voice call into a text chat (using speech to text to show you what the other party is saying and text to speech to answer them) . It’s not clear if it will be back with the stable release, but it was one of the big new features in One UI 5.

According to some reports, the fifth beta also improved animations, making them smoother. Again, this firmware has only been released in China so far, but it’s probably a matter of days before it gets a wider release (eg beta 4 reached Germany and India). The stable One UI 5 release for the Galaxy S22 series is expected later this month.

Meanwhile, the Galaxy Z Flip4 and Z Fold4 in South Korea, UK and India have finally received their first One UI 5 beta. If the kind of bugs that appeared on the S22 series don’t scare you, you can join the beta test using the Samsung Members app and get a preview of Samsung’s Android 13 release and its latest custom software. 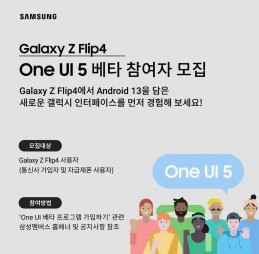 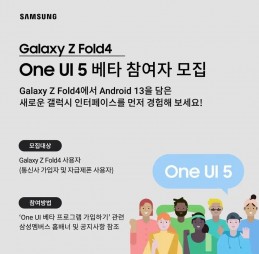 Galaxy Z Flip4 and Z Fold4 have also joined the One UI 5 beta program (in Korea, UK and India)

The older Galaxy Z Fold3 and Z Flip3 received their first beta last week, now the Galaxy Z Flip3 is getting the second beta in South Korea, UK and China. Presumably the Z Fold3 version will follow soon. The stable One UI 5 release for foldables 2021 and 2022 is expected by the end of the year.

MIUI 13 and Android 13 interface .. Will your phone get the update? Here’s the best to check it out with one click