Since we recently reviewed the Phantom X2 Pro, we would assume that a larger portion of our readers are now familiar with Tecno as a brand. Still, we’ll give you the cliff notes. Tecno is one of the brands under the umbrella of the Chinese tech giant Transsion. It is predominantly used in overseas markets and most prominently – Africa. If you’ve heard of Tecno, it’s likely for their popular Camon line – a range of value devices with a clear focus on the camera experience. However, there is also the Phantom line, which has more or less been spun off into its own separate entity. One that aims to deliver true flagship devices and experiences.

Last year saw the release of the original Phantom X and now the Phantom X2 series is here. It consists of two devices – the Pro we already reviewed and the vanilla Phantom X2 model we have in the office today. 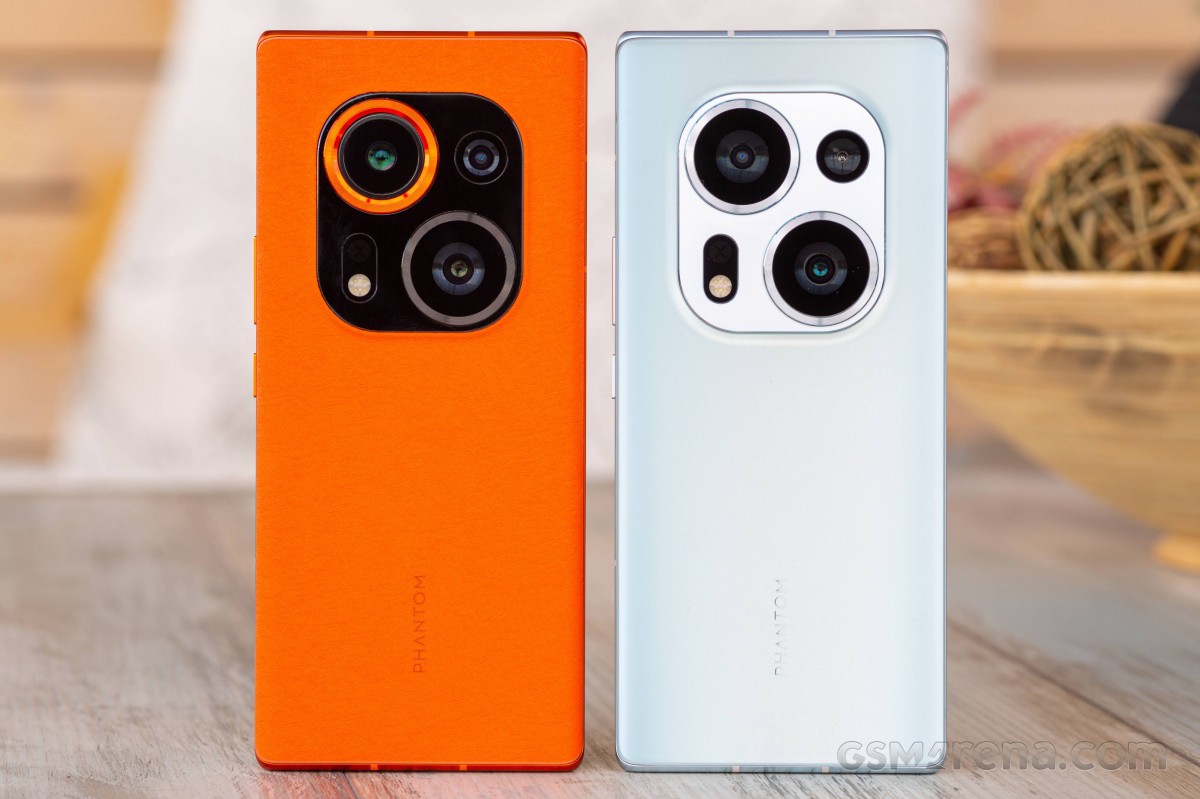 The Phantom X2 family still takes after its predecessor in certain ways, but overall is a venture into the truly premium flagship space for Tecno. Like its Pro sibling, the Phantom X2 has an eye-catching premium design and flagship interior with the MediaTek Dimensity 9000 chipset, a curved AMOLED display and a large battery pack.

These highlights are shared between the vanilla and Pro models. In fact, most of it is. When making the lower-end Phantom X2, Tecno decided to keep as much of its Pro sibling intact as possible. The two phones are almost identical visually and in terms of specifications. The vanilla is notably missing the extendable portrait telephoto camera on the Phantom X2 Pro.

Still, the focus on photography is still clearly present on the regular Phantom X2. It has a large 64MP main camera, equipped with OIS, as well as an autofocus-enabled 13MP ultrawide and a large 32MP selfie camera.

Before we get into the camera differences or any of the other aspects of the Phantom X2, we should check out its retail box. Like its sibling, the vanilla model is shipped in a large and robust cardboard box. 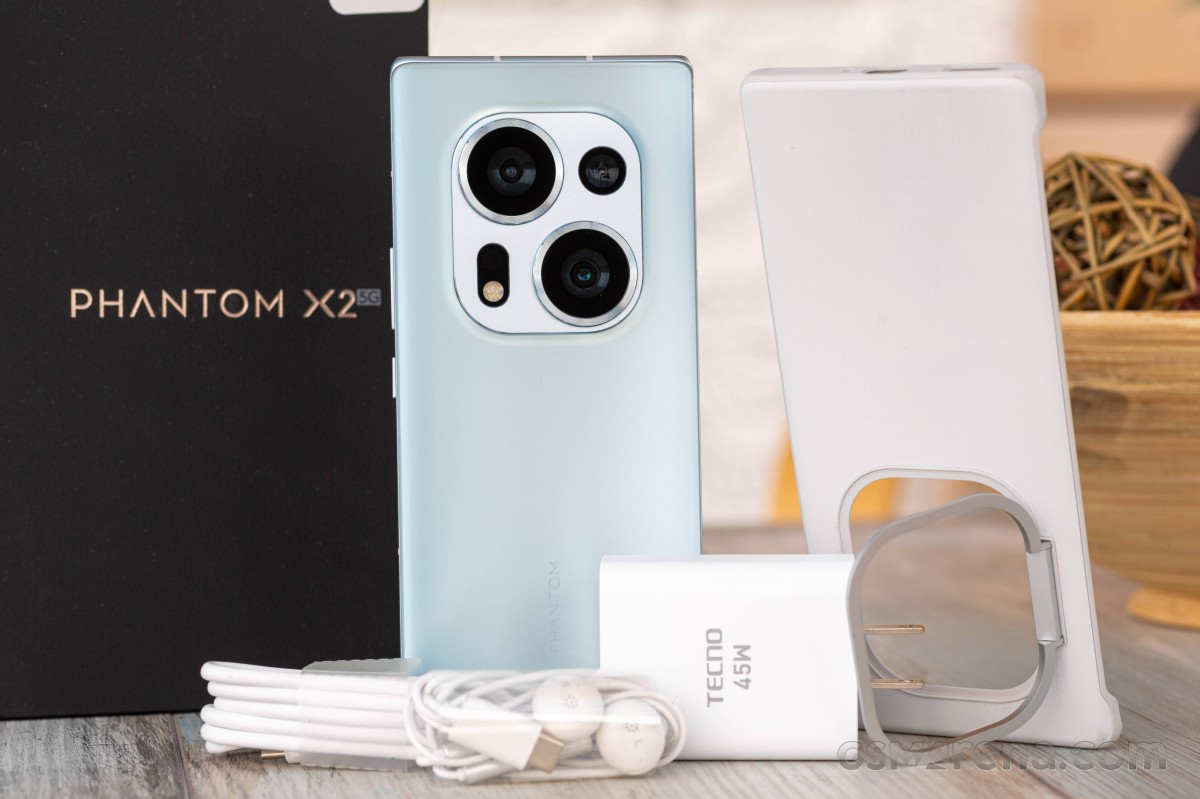 The box is full of accessories, which is always great. In no particular order, in addition to the phone, inside the box we also find a 45W charger and a Type-A to Type-C USB cable to accompany it. The cable appears to be standard with no extra pins or the like, so it can be easily replaced should the need arise. In the box there are also a pair of nice earplugs with an in-line microphone.

Last but not least, Tecno also gives you a free hard case. It both looks and feels very good and is generally a notch above almost any other bundled case we’re used to seeing. It even has an integrated kickstand as a bonus feature.

Overall, Tecno really went all in on the retail package for the Phantom X2. It’s hard to complain about all the extra goodies you get in the box .

Android 13 and One UI 5, the stable version, arrive on one of the Samsung A and M series phones